Join us for the last #GOPDebate before New Hampshire votes!

Join us for the last #GOPDebate before New Hampshire votes!

On the stage will be Donald Trump, Sen. Ted Cruz, Sen. Marco Rubio, Dr. Ben Carson, former Gov. Jeb Bush, Gov. Chris Christie and Gov. John Kasich. RSVP below to join us and send your message to the moderators using the links!

Live Blog Join us for the last #GOPDebate before New Hampshire votes!

Muir and Raddatz haven’t faced this crew of Republican candidates before, but when they had a chance to ask the Democratic candidates about climate change in December, they more or less blew it. On December 12, about 200 world leaders struck a historic climate change agreement in Paris to reduce global warming pollution. Muir and  Raddatz had all the Democratic candidates on stage one week later (December 19), and could have asked them how as President they would live up to that historic accord.2

Instead, they asked NOTHING about climate change, but did find time to ask all three candidates about the role their spouses would have if they were elected.3 This follows the pattern of debate Moderators asking candidates 1000 percent more questions about nonsense issues and gaffes than they do about the most serious problem facing our country and planet – namely Climate Change.3 But we’ve seen before that when we show up and demand the moderators #AskOnClimate, they DO notice AND respond.

It all starts Saturday, February 6, at 8 p.m. ET (7 p.m. CT, 5 p.m. PT). Even if you’re not the most computer-savvy person out there, we’ve made it simple to watch and send your reactions to ABC News through social media. 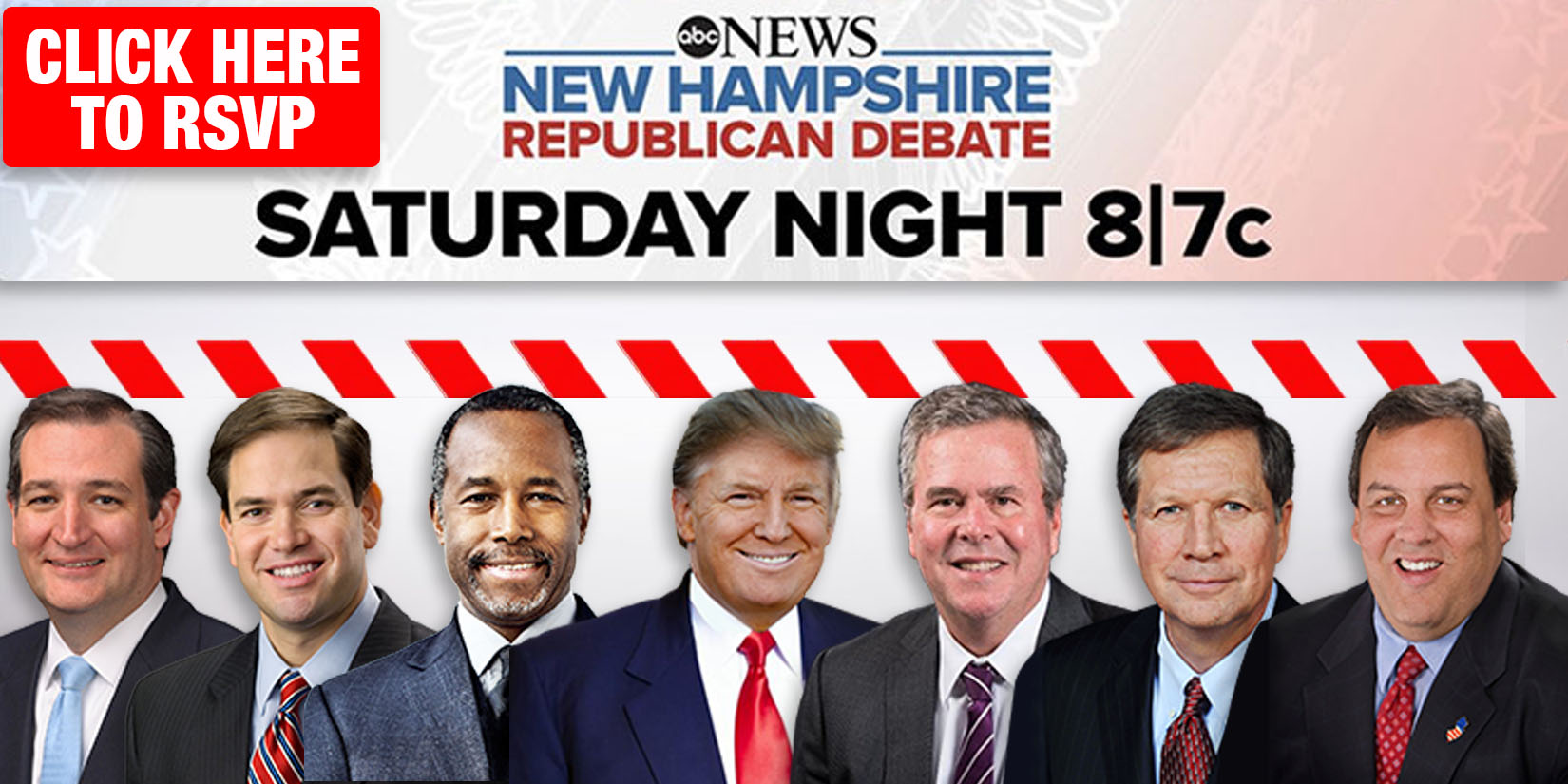 This will be the first Republican debate without an “undercard” event — since several candidates dropped out after the Iowa Caucus earlier this week. Carly Fiorina has been cut from the stage entirely, and only Donald Trump, Sen. Ted Cruz, Sen. Marco Rubio, Ben Carson, Gov. Jeb Bush, Gov. Chris Christie and Gov. John Kasich will be present.4

It’s also one of the only Republican Primary debates hosted and moderated by a major network, as opposed to one of the Fox affiliates — so Raddatz and Muir have not had a chance to ask this group of candidates questions before in this format. How will it impact the race? Will the ABC moderators be any more likely to #AskOnClimate this time around? There’s only one way to find out: Tune in with us and watch!