After Pro-Science and Climate Action Marches, What’s Next?

After Pro-Science and Climate Action Marches, What’s Next?

By Environmental Action Comments Off on After Pro-Science and Climate Action Marches, What’s Next? Thanks to you and millions of nature-loving Americans across the country, 2017 has seen a dramatic surge in regular people speaking out to safeguard clean air and water and preserve our precious wildlife and wild places.

The People’s Climate March followed Science Marches in hundreds of cities around the world just one week earlier. At the Science Marches, scientists and other science supporters spoke up for clean air, clean water, wild creatures and places — and in favor of funding and listening to the scientific research that can help the planet thrive. [2]

But these marches are just one way that people like you are showing how much you care about the environment.

This year, supporters of Environmental Action have deluged federal officials and lawmakers with calls and emails on issues ranging from proposed cuts to funding and staff for the Environmental Protection Agency (EPA), national monuments, and harmful offshore new drilling.

And you know what? It looks like lawmakers may be getting the message on at least one key environmental issue.

This past weekend, lawmakers approved legislation funding the federal government through September. The Trump Administration has proposed slashing the EPA’s budget by nearly a third and reducing its staff by roughly one quarter; however, Members of Congress largely protected the EPA’s budget in this weekend’s agreement on federal spending. [3]

Whether the spending agreement marks a turning of the tide in the effort to preserve safeguards for America’s natural treasures — or a just a temporary reprieve — remains to be seen. One thing is certain, though: we can only succeed with your help.

To protect nature, we need to do more than march. We need to remain informed and engaged — and continue speaking out for the environment.

More Photos from the Marches 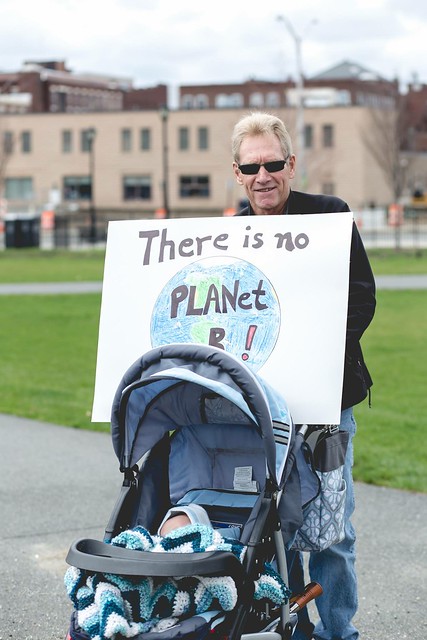